KWINNIE LÊ
I want to reveal stories that are not always visible. By exploring admission & exclusion through the body & language, whether speaking of classifications through the inscription on the body or one-sided historical narratives, I want to open up a future of possibilities while still acknowledging these histories as inextricable from violence. To enter a realm where the political, the historical & the personal are in collision with one another. Yet, in spite of that, a story of survival can still be told. They reveal themselves in performances, installations & poetry, though morphing into many more forms.

My current body of work resides within the revival, reimagining & (re)inscription of tattoo languages, interweaving seemingly ancient patterns with the gaze from an outsider. By tracing the ramifications from the colonial past, I am investigating tattoos as a vehicle for the making & unmaking of peoples. I depart from mythologies, historical narratives & folklore in an attempt to repurpose languages, to question the power of perception & ,ultimately, to re-suture narratives. 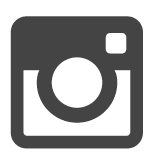 in the arms of a river
HOME